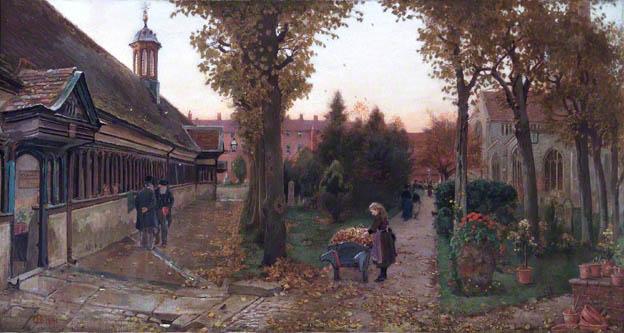 The main subject matter is Christ’s Hospital of Abingdon, said to be Oxfordshire’s oldest charity (although for the first 420 years it was obviously in Berkshire). The charity was founded after the Reformation to shoulder the secular role of the Fraternity of the Holy Cross. Its main functions were to care for the 13 almspeople in Long Alley almshouse, maintain the town’s bridges, support the poor generally and if any money was left to help finance the town grammar school. Jackie will be looking at its contribution to the welfare and economy of the town, particularly in times of crisis.

Jackie became interested in the town’s history through membership of the Abingdon Area Archaeological and Historical Society. Before she retired she worked for many years at the Centre for Oxfordshire Studies in the Central Library, before it was amalgamated with the archives to form the Oxfordshire History Centre. She has been Honorary Archivist to Abingdon Town Council for 20 years and have occupied a similar post at Christ’s Hospital since 2008. She is particularly interested in the Albert Park area and in working class housing in Abingdon.