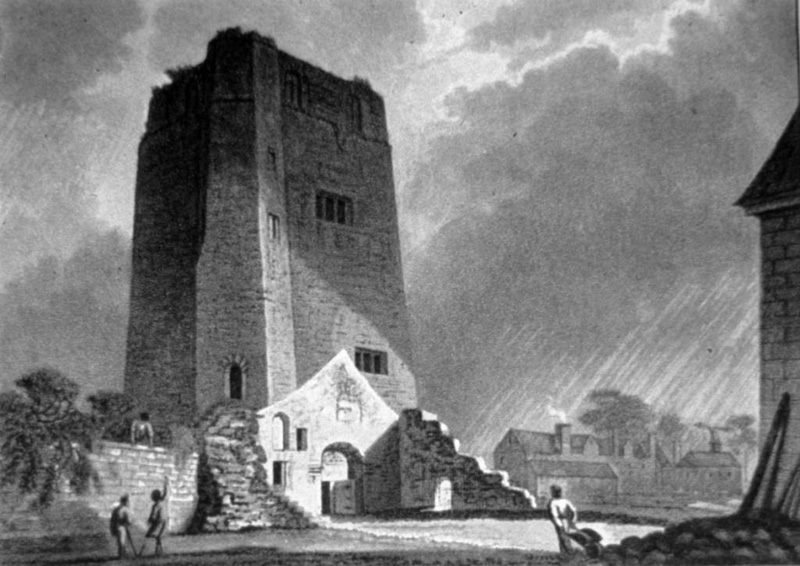 A man of great dynamism and multiple talents, the governor of Oxford Castle Prison, Daniel Harris (c1761–1840), had an influence on late-18th-century Oxford which was enormous and lasting. He applied his skills as a builder, draftsman, and engineer to the completion of the Oxford Canal, to essential changes along some 30-miles of the River Thames, and to the wholesale reconstruction of the county prison, using convict labour for all. In addition he was a noted architect and admired artist.

Mark Davies is an Oxford local historian, public speaker, and guide with a particular interest in the history and literature of the city’s waterways. He has lived on a narrowboat on the Oxford Canal since 1992, and is the author of: Our Canal in Oxford; A Towpath Walk in Oxford; The Abingdon Waterturnpike Murder; Stories of Oxford Castle; Alice in Waterland and Alice’s Oxford on Foot. He is also an occasional contributor to the Oxford Times’ Limited Edition magazine. His historical and literary tours – mostly along the city’s towpaths, and including some focussed on the Oxford realities which influenced ‘Alice’s Adventures in Wonderland’ – generally explore the less-visited parts of the city. Website: www.oxfordwaterwalks.co.uk.