Information provided by the OLHA (www.olha.org.uk)

16th – Adderbury – Martin May “For to Get to the Other Side”. Methodist Chapel School Room, Chapel Lane, 7:30pm. 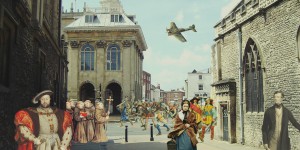 An interesting article from Local History is Awesome!