The First Englishman to Fly 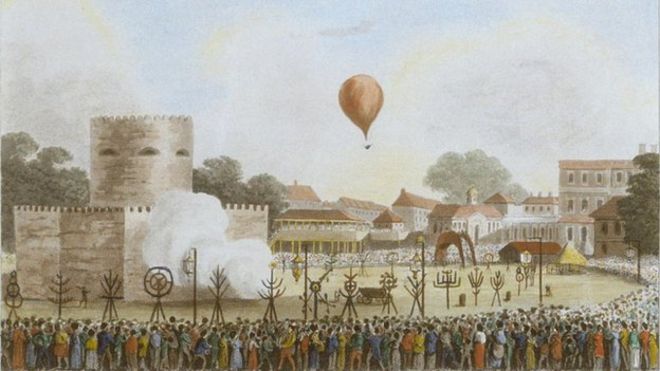 In this humourous talk Richard speaks about Oxford’s James Sadler and how he became the 1st  Englishman to fly, and how Sadler inspired him to overcome lifelong crippling height anxiety by
replicating Sadler’s balloon flight in Oxford. The show also includes biographical info about Richard growing up Lincolnshire and how he first encountered Sadler’s story there + the history of some 18th Century ballooning pioneers and a focus on some of Oxford’s history that ties
in with Sadler’s story.

Richard writes across many different platforms – like a railway station graffitist. He has written for BBC Radio 4’s The Now Show, The News Quiz, Victoria Coren’s Heresy & BBC2’s Dara O’Briain’s Science Club. Plus he’s the principal screenwriter of The Unbeatables movie starring Rupert Grint, Rob Brydon, Anthony Head – and penned the novel of the film (contains extra adventures and jokes not in the movie).